The store will not work correctly in the case when cookies are disabled.

Until further notice our retail store will be closed due to covid still being present in the community. We are still accepting online orders and will be dispatched within 1 business day except for weekends . Any questions please email  [email protected]

Thanks from the Team at AOB

Skip to the end of the images gallery 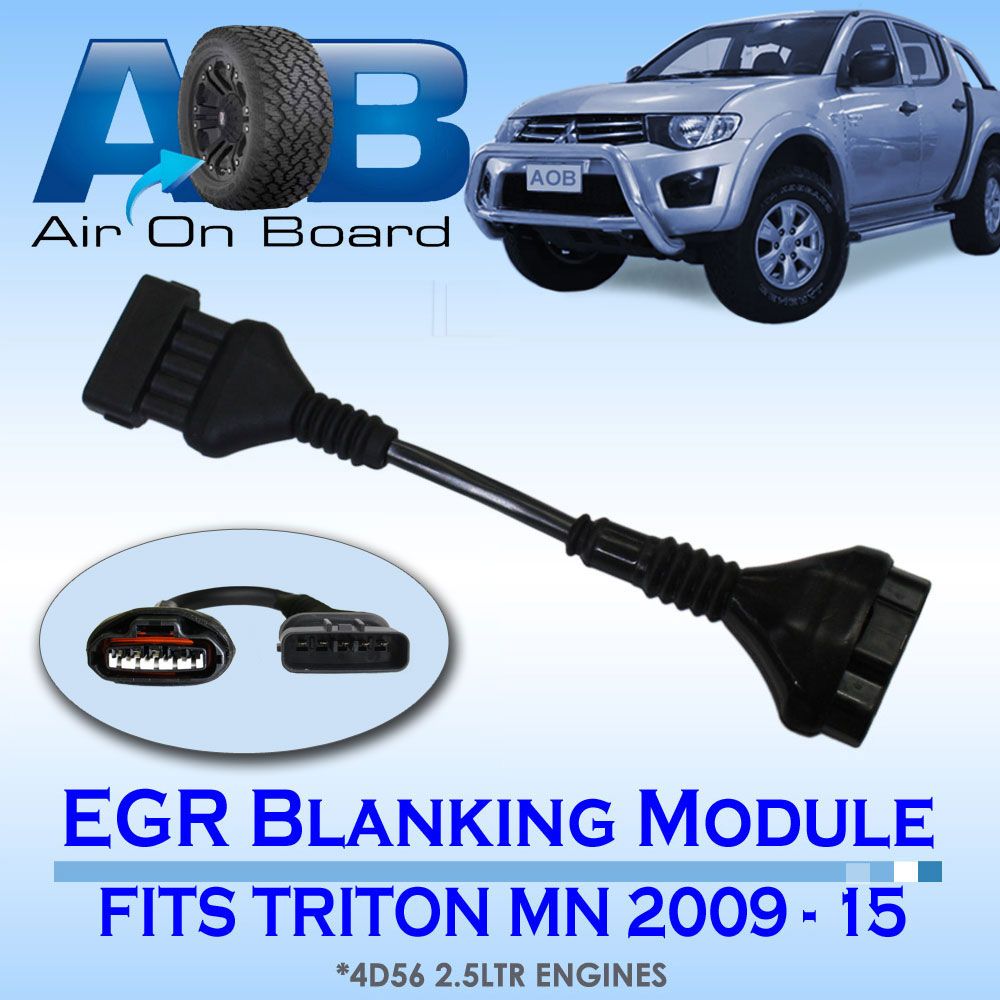 Skip to the beginning of the images gallery

Be the first to review this product

Please Note If you are buying this blanking module because
Then PLEASE DON'T BUY THIS MODULE. It is designed to only stop your EGR valve from opening. It will not fix existing engine problems
$88.00
Availability: In stock
SKU
EGM004-TritonMN
Add to Wish List Add to Compare
Details

WHAT IS THE EXHAUST GAS RECIRCULATION SYSTEM or “EGR”

The EGR valve, or Exhaust Gas Recirculation valve, is a vacuum controlled valve which allows a specific amount of your exhaust back into the intake manifold. The exhaust your EGR valve recirculates reduces the formation of Nitrogen related gasesreferred to as NOx emissions. These recycled exhaust fumes also displace some of the clean air that would otherwise be drawn into the engine. Because the combustion chamber is cooler due in part to the added exhaust fumes and because there’s less oxygen, less NOx is produced and this is a good thing.

However on the bad side, because the EGR’s recycled exhaust gas displaces some of the clean air within the combustion chamber, the engine’s efficiency is reduced. For this reason, the EGR system doesn’t operate during times of heavy acceleration. It also doesn’t operate during idle, because the presence of exhaust gases at idle tends to cause uncontrollable rough running.

EGR systems operate primarily when the vehicle is cruising under light load. Because there is less demand on the engine at these times, the engine can afford to temporarily lose some capacity.

The exhaust gases from the vehicle’s engine contain much more than just carbon dioxide: they also contain dozens of chemical by-products, left behind after the fuel was burnt inside the engine. One of these by-products is a fine dust, known as carbon particulates. This dust is mostly unburnt carbon fuel and over time, the carbon dust inside the exhaust gases begins to clog up the EGR system and worse deposits the carbon dust into the clean air intake system on the vehicle.

Disabling the EGR system gives us many benefits

1) Disabling the EGR will certainly stop the carbon particulates from the exhaust clogging up the inlet manifold. See picture of a clogged intake manifold.

2) When Disabling the EGR port you are redirecting 100% of the exhaust gases back out the exhaust via the turbo. The turbo now has total exhaust pressure turning the blades which means the turbo will spool up quicker.

4) Less engine oil contamination. Many carbon partials that enter the air intake through the EGR system find their way into the oil system. This has a tendency to clog the oil galleries and greatly increase premature engine wear.

Things to know before undertaking this Mod

1) It is not a legal modification to change the way the vehicle’s emission control system functions. This modification is recommended for off road and race vehicles. There is however no road side diesel emissions testing of vehicles in Australia. All Diesel emission tests are carried out at the time of original engine certification.

2)This module does not set off any engine codes. there are no issues with this modification with new car warranties as you can simply unplug it when heading in for your services.

In all cases we leave it up to the individual customer to decide if they wish to do this modification.